When surfing for information on 3.5 ” TFT touchscreens for the Raspberry Pi, to improve the TinyLCD experience, I stumbled upon AliExpress where several shops offer a 3.5″ LCD TFT Touch Screen Display for incredible low prices.

So I ordered two for the price of $14,85, postage included. A acrylic case and stylus is also included in that price! The shop Soonics has good reviews, but you  never know if one can trust that.

Here my experiences with the screen: quite slow refresh, not too high contrast, crisp screen, touch works, software works but is already outdated, but considering the price this screen is well worth the money! If I compare it to the NeoSec screen it is a better deal for applications with a high contrast theme and no demand on smooth video. 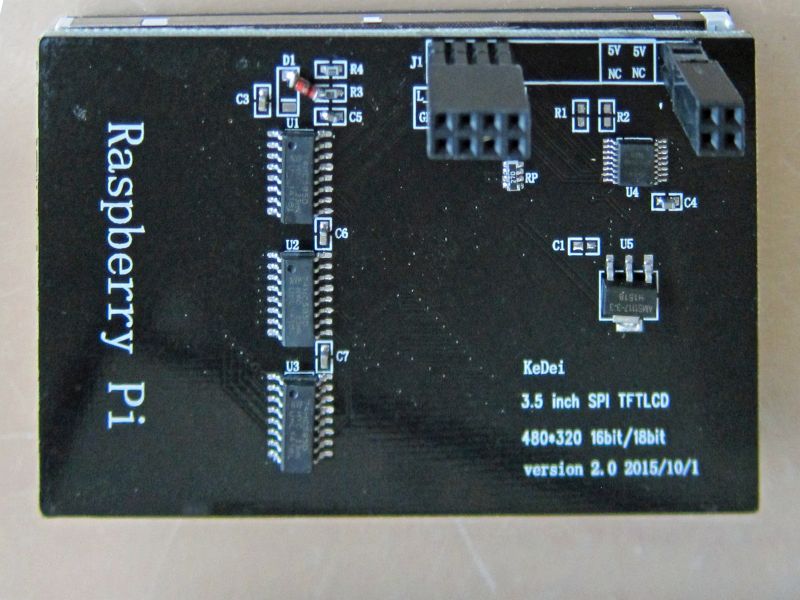 Sounds too good to be true? Ordered October 18, received 29 oktober, not bad for standard shipping from China!

Well packaged in a box, the displays wrapped in bubble packaging.

So now for the test. On the sellers page an URL is placed to get the software, on a Google drive. Not a clickable url, but an image with a long filename to type over …. Oh well, I got the archive.

Update June 2016: There is now a download/information page at http://osoyoo.com/driver/rpiscreen.php. Images for more versions (mine i 2.0, latest is 6.2)  are available there. Alternative is http://kedei.net/raspberry/raspberry.html with Kali Ubuntu drivers too for version 3.0 and up.

The archive contains an image of Raspbian with the LCD driver installed. The image is quite current, and fit for B, B+ or 2 B. When I bought the screen an older image, build in augustus 2015,  was downloadable, the kernel is quite fresh built, early October 2015. 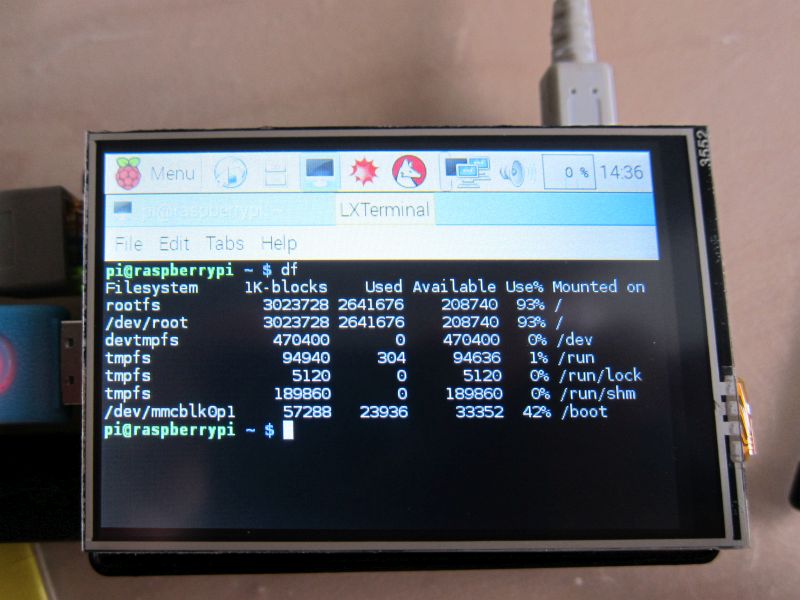 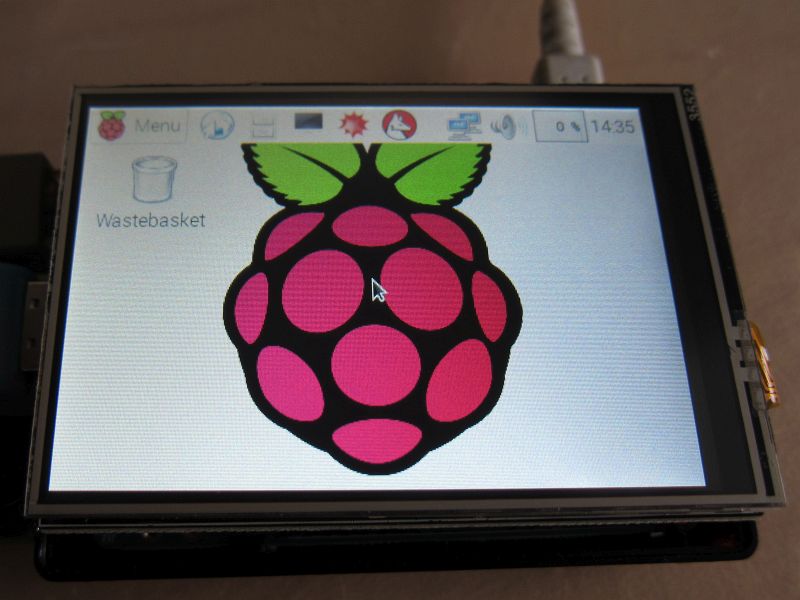 After imaging and booting on a RPi 2 B I saw the normal startup messages flying (eh, crawling ..) over the touchscreen and the desktop appeared in the normal way.

In a separate image I found two shell scripts to replace the kernel with either a HDMI or a LCD patched one. Handy!

Now the bad news: no word how these kernels were build. So we are stuck with wheezy for now until the Chinese supply a more current build, hopefully based upon jessie. Until then: be careful updating the system by holding back on kernel updates.

The system uses SPI to copy the screen contents to the LCD screen, and some GPIO’s for the touchscreen. Other GPIOs are free, and the connector construction  leaves these pins indeed accessible!

The acrylic case is not something special, it looks like the usual cheap thing without the top plate. The screen fits in the hole, but is not supported by it, instead it rests on the USB connectors.

Build your own kernel:

RasPiO® Duino and GertDuino
The combination of Arduino, such as the Uno with the ATmel ATmega 328P, and the Raspberry Pi is a natural one. The RPi i...
Testing USB Serial TTL adapters
A program, SerialTester,  a guide and test results. Also updated Prolific PL2303HXA driver misery solution. ...
VONETS VAP11G-300
The VAP11G-300 is a unique device with a fixed ethernet to wireless bridge that helps in situations where: You want a...
First steps with the Raspberry Pi 2 and the new touchscreen
Not my first steps with the Raspberry Pi, I owned my first Pi since 2012, one of the first batch produced. Now I have ac...