A new Raspberry Pi, appeared end of November 2015. Called Zero, a break with the naming convention of A, B, A+, B+, Model 2 B. Reminds me a bit of the Arduino Zero 🙂

The specifications are close to the A+ with the following changes:

This makes the Zero the smallest and cheapest Raspberry Pi but also the less equipped. But is essence it is just a first generation Raspberry. The price is set at $5 officially.The Zero behaves (with the right cables) as all the other Rasperry Pi’s. The OS is the same, the latest is Jessie november 2015, and runs fine. The only visible Zero addition is a new overclock option in raspi-config, called Turbo (1000 MHz). I tried also an older but uptodate  Wheezy and that also runs fine.

I ordered two at the PiHut at launch day and was pleasantly surprised to get those, delivered very fast and at a price of £4. I also ordered the PiHut Zero Essential kit, which contains, in a nice can, micro to USB 2 adapter, a Mini HDMI to HDMI adapter and a large choice of GPIO connectors to be soldered in. 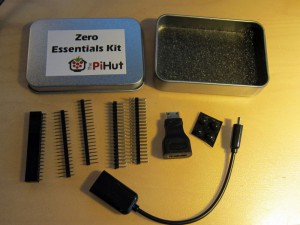 What makes the Zero special for me is: 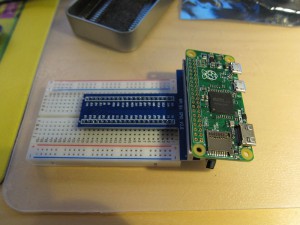 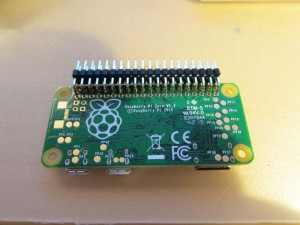 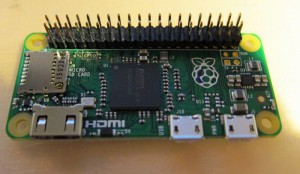 As a Raspberry Pi user from the beginning, I have plenty of cable solutions in stock. You can see what I prefer here.  Now the Zero has a micro USB connector! Not a real problem since tablets, phones and even my latest notebook, the Asus T300-CHI, also only have these small connectors. Drawers full of micro cables and hubs therefore.  So here some preferred USB devices I use now with the Zero. 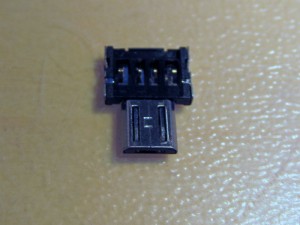 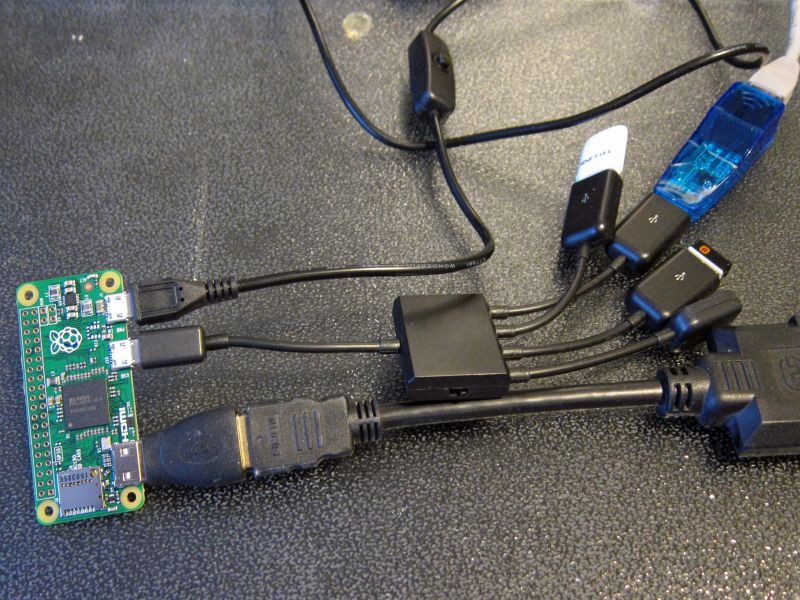 This low weight 3 port USB hub is seen here connected to a Zero with a Ethernet adapter, a WiFi adapter and a wireless Logitech keyboard/mouse adapter. The Mini HDMI conveter is coupled to a HDMI to DVI connector. The USB power has an on/off switch, highly recommended on the workbench.