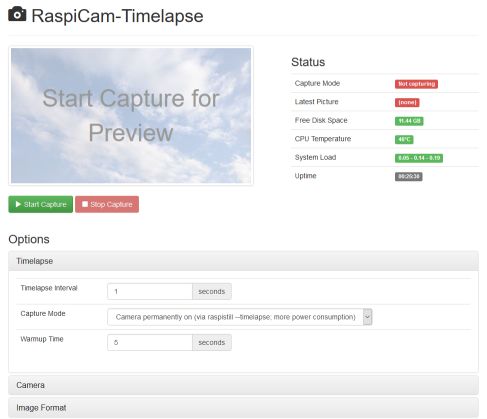 Timelapse the commandline method
Simple but effective timelapse. Note that raspistill has many more interesting configuration parameters! See https://...
RasPiO® Duino and GertDuino
The combination of Arduino, such as the Uno with the ATmel ATmega 328P, and the Raspberry Pi is a natural one. The RPi i...
Raspberrry Pi 400, first steps
First steps with the Raspberry Pi 400, first impressions November 2, 2020. My birthday! Early, checking twitter. Eben ...
Raspberry Pi Zero Case
Inevitable, some weeks after the limited appearance of the Zero, cases are appearing on the market, First in the UK, whe...