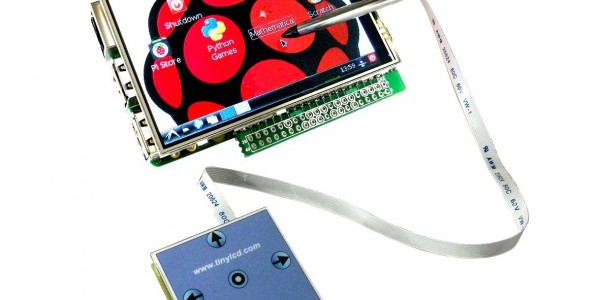 I reinstalled the TinyLCD screen on the latest Raspbian. And sofar it works well, fast screen updates, compared to the Kedei or Itead screens)
The mouse thingy was removed, did not like it so much. Touch screen is enough.

Here is what I did:

I bought a tiny 3.5 ”  lcd touchscreen from NeoSec Solutions Pvt, Ltd, based in Mumbai, India. Not as a desktop replacement but for projects where a small touchscreen will be handy.
Not recommended. I learned there is a newer version with a working RTC, so this is now a not-supported old version.
No forum support, no information on IC’s used, limited documentation.
Just too high a price for this. Better look at an Adafruit solution in the same price range, but with excellent support and better community support also.

In the beginning it looked good. But is has severe problems, such as an older kernel. And the RTC is not working, the time is not updated either from internet via ntp either. Acceptable price (total price including delivery to the Netherlands was $56), nicely packaged, fast delivery from India, professional pcb, bright and crisp screen, working touchscreen, well packaged and configured and friendly support from NeoSec (on demand by email only, no forum, no downloads). Biggest worry I have is the operational (except for date and time!)  but older Raspbian image supplied. Lets hope tinylcd/NeoSec updates its images, or better  supplies an easy to apply patch kit to more recent Raspbian versions like jessie! My first attempts to upgrade failed, I have to try getting Raspbian jessie operational, see the bottom of this post. 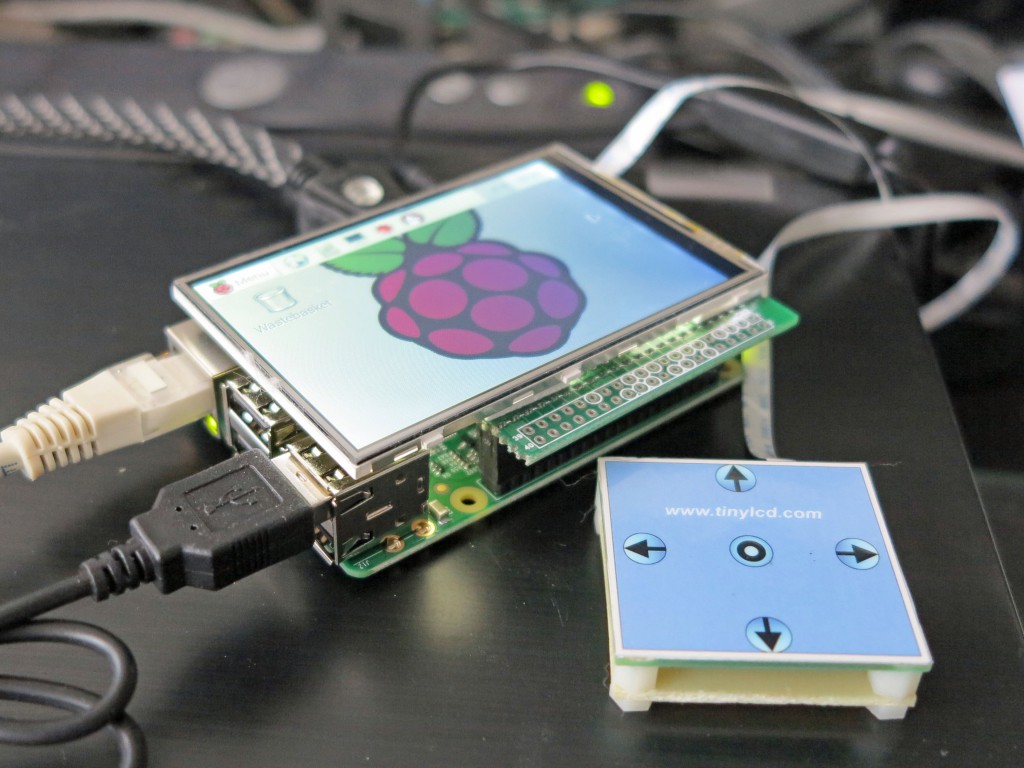 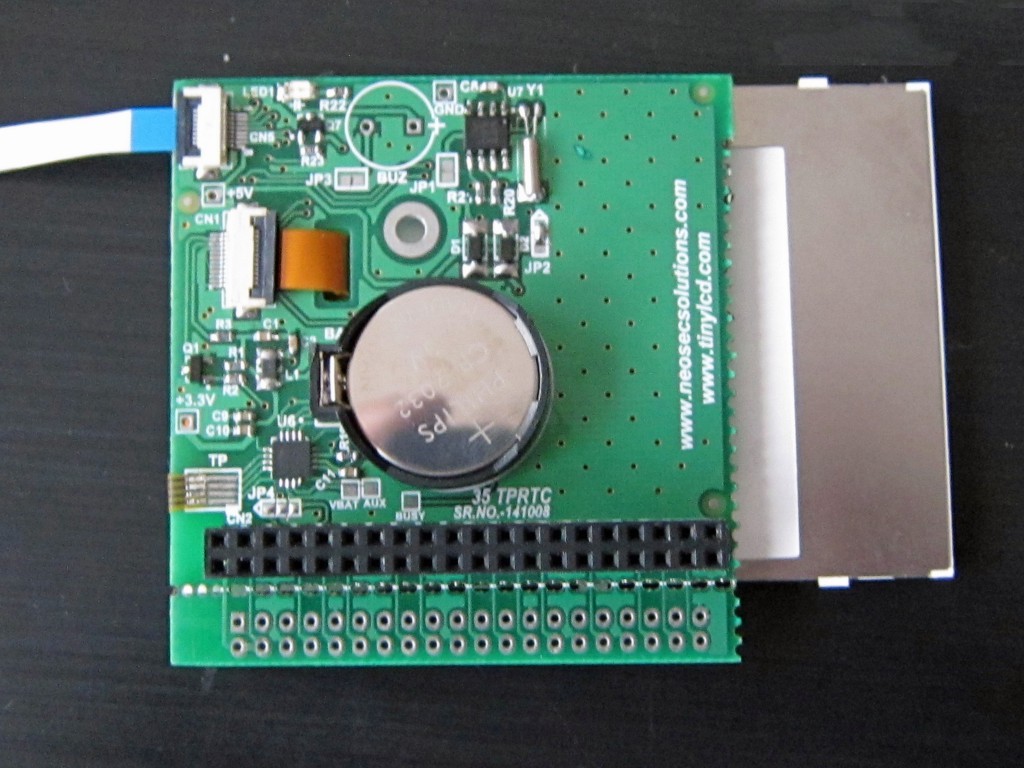 The device also has a RTC (battery on the back), a welcome addition to a Pi! But it does not work, so the time is set to 1970. NTP is inactive. 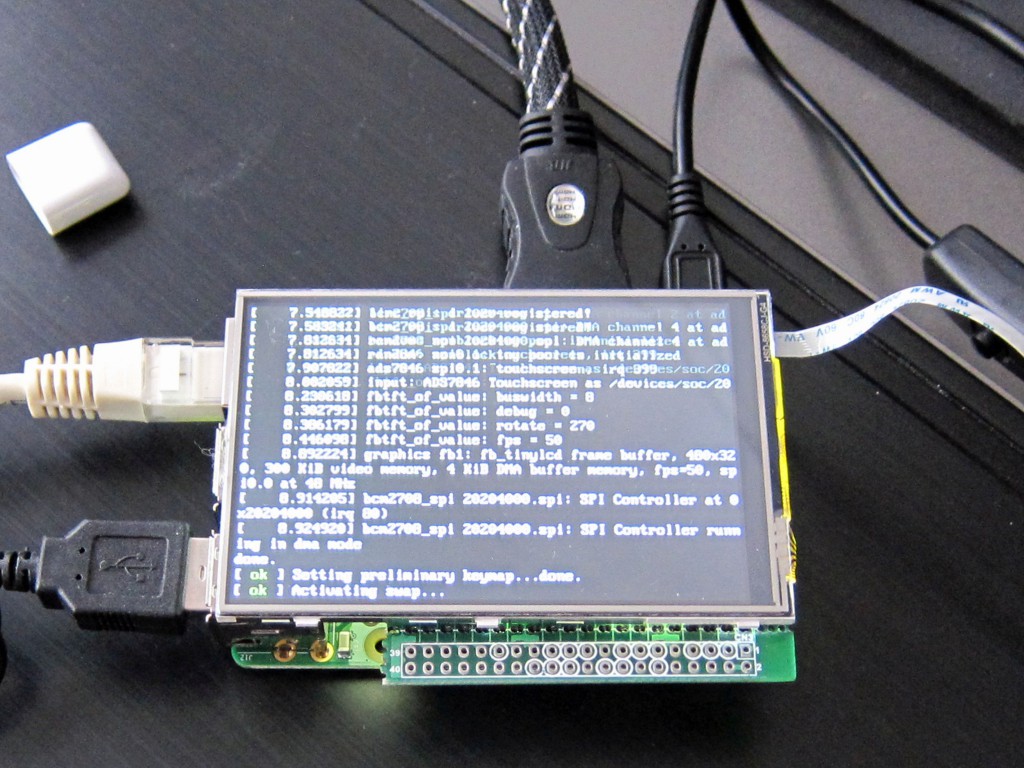 Here the Raspberry Pi B+ (the 2 Model B is also supported as is the A+!) has booted from the Raspian image as supplied by Tinylcd. The first part of the boot process is visible on the HDMI screen, once the tft It has a special kernel (fbtft drivers, more later on this)  and drivers for touchscreen, for RTC and  a mouse driver for the navigation key included and configured 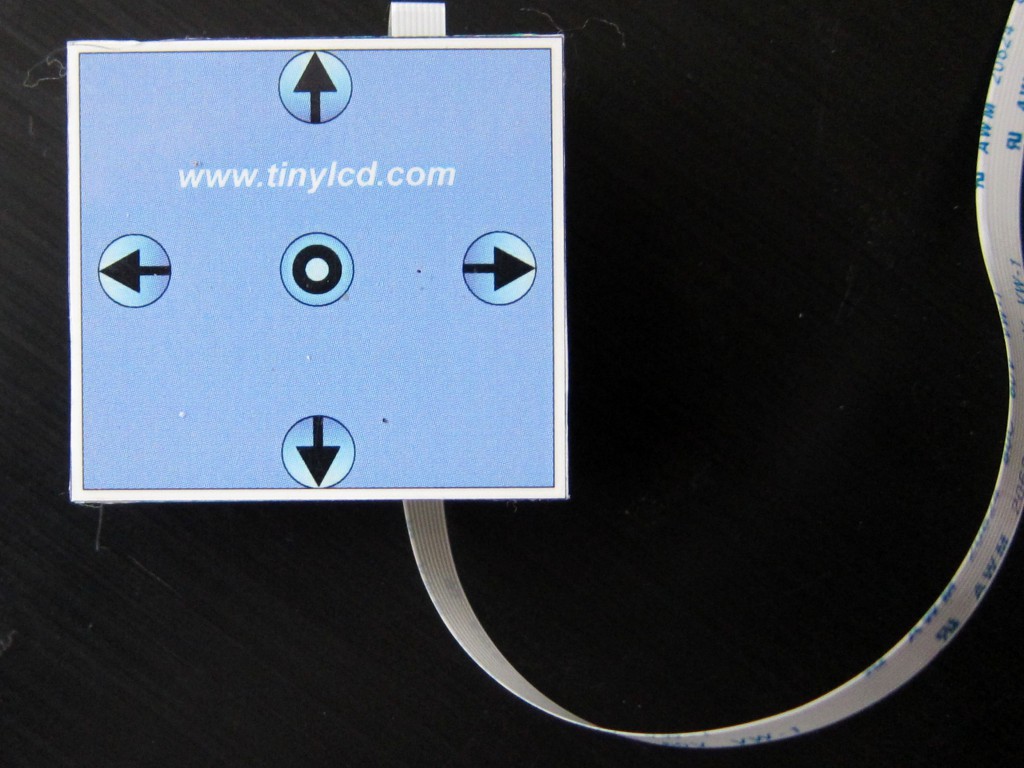 The navigation buttons, connected to a lot of GPIO pins, and supported by a mouse driver on the desktop. 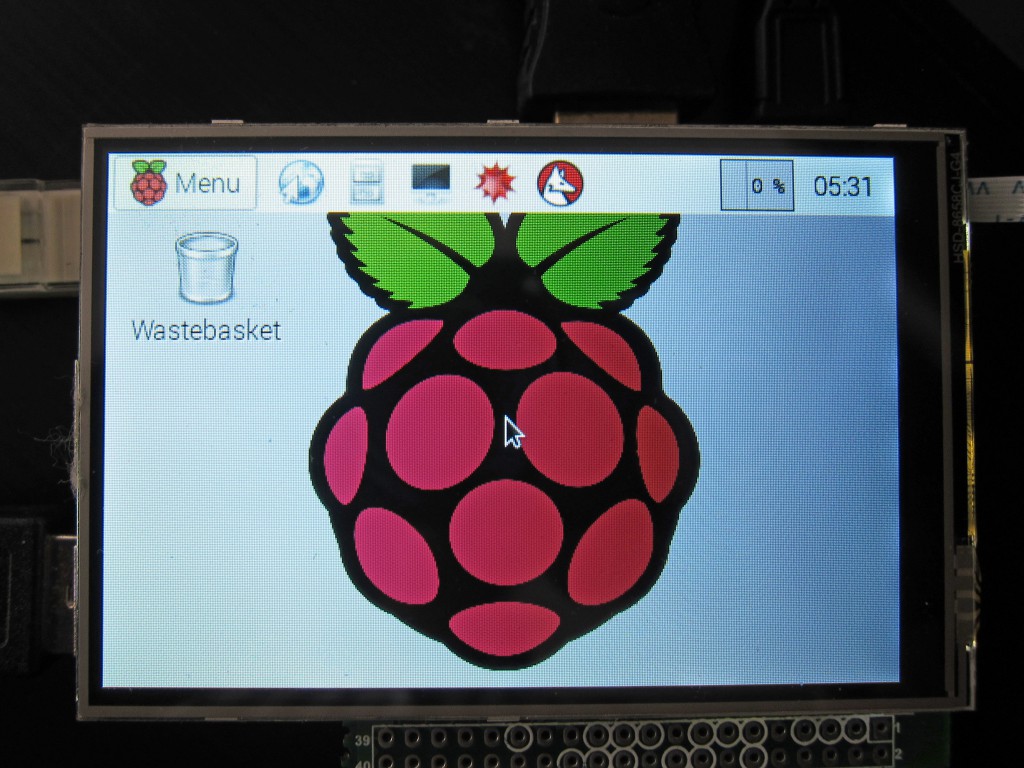 The screen is bright and crisp, not bad at all! As you can see, it is small and some menu’s will not be visible when folded out. This is not a desktop replacement, and that is not what this small screen is about! 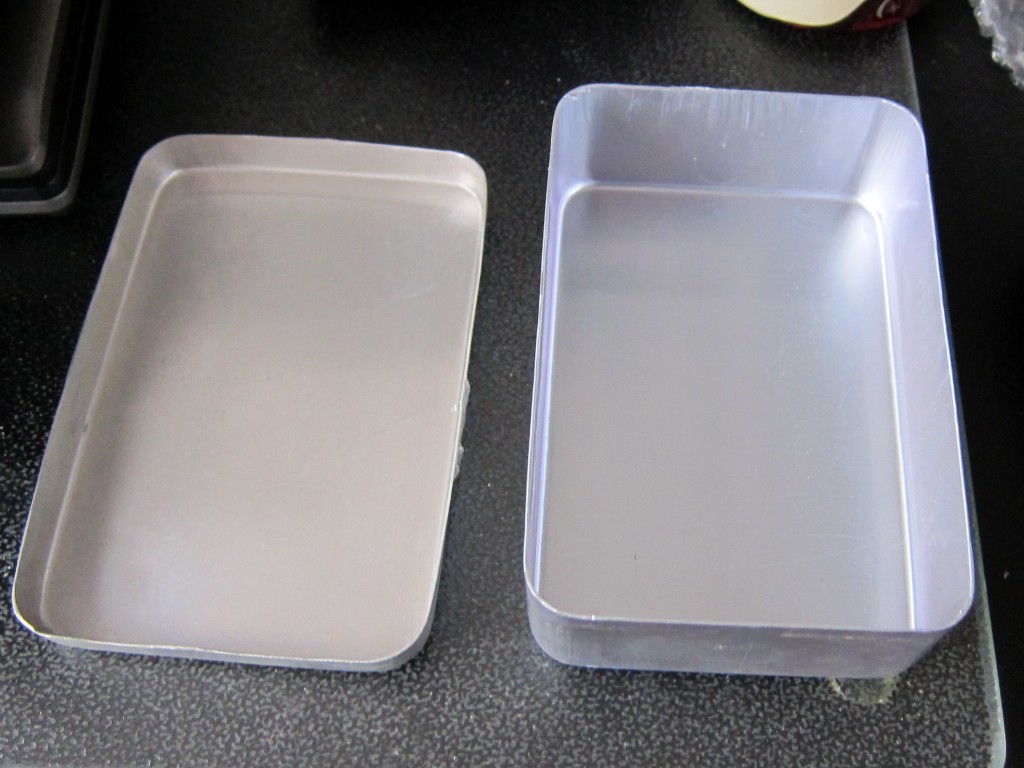 The package came into a nice small tin! The packaging was fine, bubblewrap around the parts, screen protector attached. Well done!

GPIO pins in use

GPIO pins are used for TFT LCD Display, Touch Screen (TS), RTC & Navigation Keys. Note that the navigation keys take away a lot of pins! The SPI is used for the screen and touch. The RTC is on the I2C bus.

The Raspbian image supplied is well configured. But because it has a special kernel one must be careful not to update the kernel! The readme tells us a lot about the device, how to

DIY Raspbian kernel The supplied kernel is special because it adds  the  Linux Framebuffer drivers for small TFT LCD display modules, see this website. fbtft is the name of the frame buffer (the memory where the Raspberry Pi stores the screen info) driver that copies the buffer via SPI to the LCD screen. Much more details about this is available at the fbtft wiki Now if you want a more recent kernel things are less complicated because the fbtft drivers are now included in Raspbian via its Debian chain! There is a step by step guide how to add the lcd support to a newer version (still wheezy afaik) by Notro. Not easy, but its all there I hope. Lets hope tinylcd updates its images. ot better  supplies an easy to apply patch kit to more recent Raspbian versions like jessie! And I have to discover how to set the time in the RTC, it now fall back to 1970, no internet update also.

Get dtc compiler with overlay support:

Get the tinylcd35 overlay source:

Note that I am using the NeoSec 3.5″ TFT Display + Touch Screen.

This version does not include the touch pad or any extra buttons.

I believe the tinylcd35 overlay source is set up for the version of the screen that includes the touch pad. In order to get the touch screen to work I had to modify the overlay source file as follows:

From what I understand this is just needs to reflect the GPIO pin that is connected to the screen’s PENIRQ. Compile the overlay and save it in

Add the following to your /boot/config.txt file:

The screen should be black at this point.

You can test by running:

You can find information regarding calibration here:

I have only completed the tslib portion since that is all I intend to use, but there is info for X there as well. I have successfully tested this on a Raspberry Pi 2 running both wheezy and jessie.